Fracture of the nasal bone is one of the most common injuries to the bones of the head and face, because of the nose being the most prominent part of face, and is more exposed to impacts. In severe one-sided blows, both of nasal bones are driven on one side, but in milder blows by the force of the nose, one side is sunken and the other side comes out.
Blows impacted from the front or upper of the nose, due to the nose bridge, cause a change in appearance of nose and bleeding. These blows are dangerous and cause the nasal bone to sink in between the inter-eye sinuses
The nasal fracture is most common in men, and its ratio is about 2 to 1 in males to females and at the age of 15 to 30 years is more common. Damage to the face in younger patients causes more fractures and movement of larger bones of nose and more cause to fracture of bigger parts of nasal bone. while older patients have more brittle bones and bone fragmentation. When the strength of the nose is lost, there may be adverse changes in the appearance and function of the nose. Therefore, Otorhinolaryngology should consider a special care based on the nature and extent of the injury. 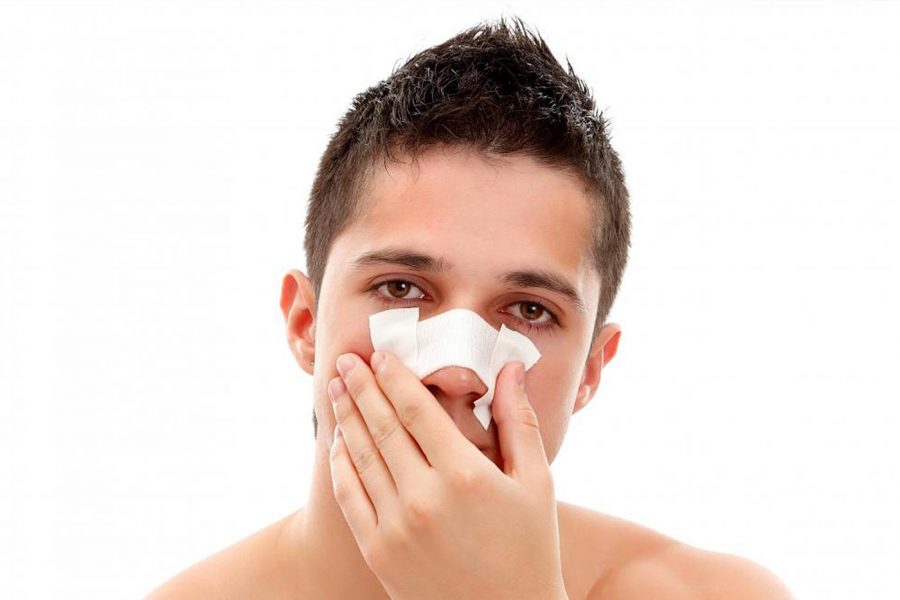